With a global focus on Portsmouth to commemorate the 75th anniversary of the D-Day landings, we created our own tribute with some spectacular lighting and projections. 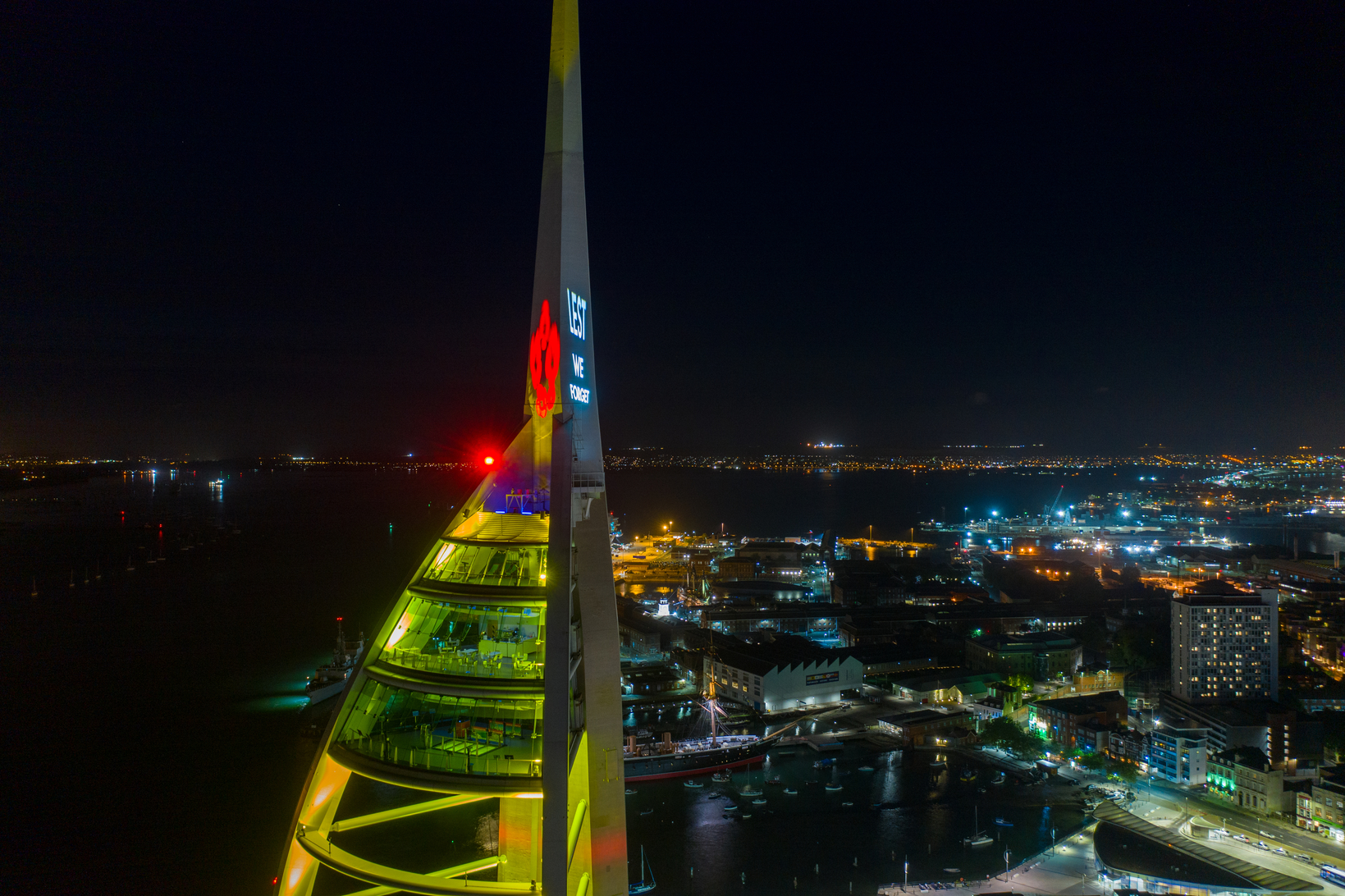 The tower, shaped like a spinnaker sail, shone yellow through the ribs and successfully (for the first time since opening in 2005) projected onto both the spire of the tower and across the back of the structure; meaning the projections of poppies, a message of ‘Lest we forget’ and the D-Day 75 logo were seen far and wide across the city and surrounding areas. 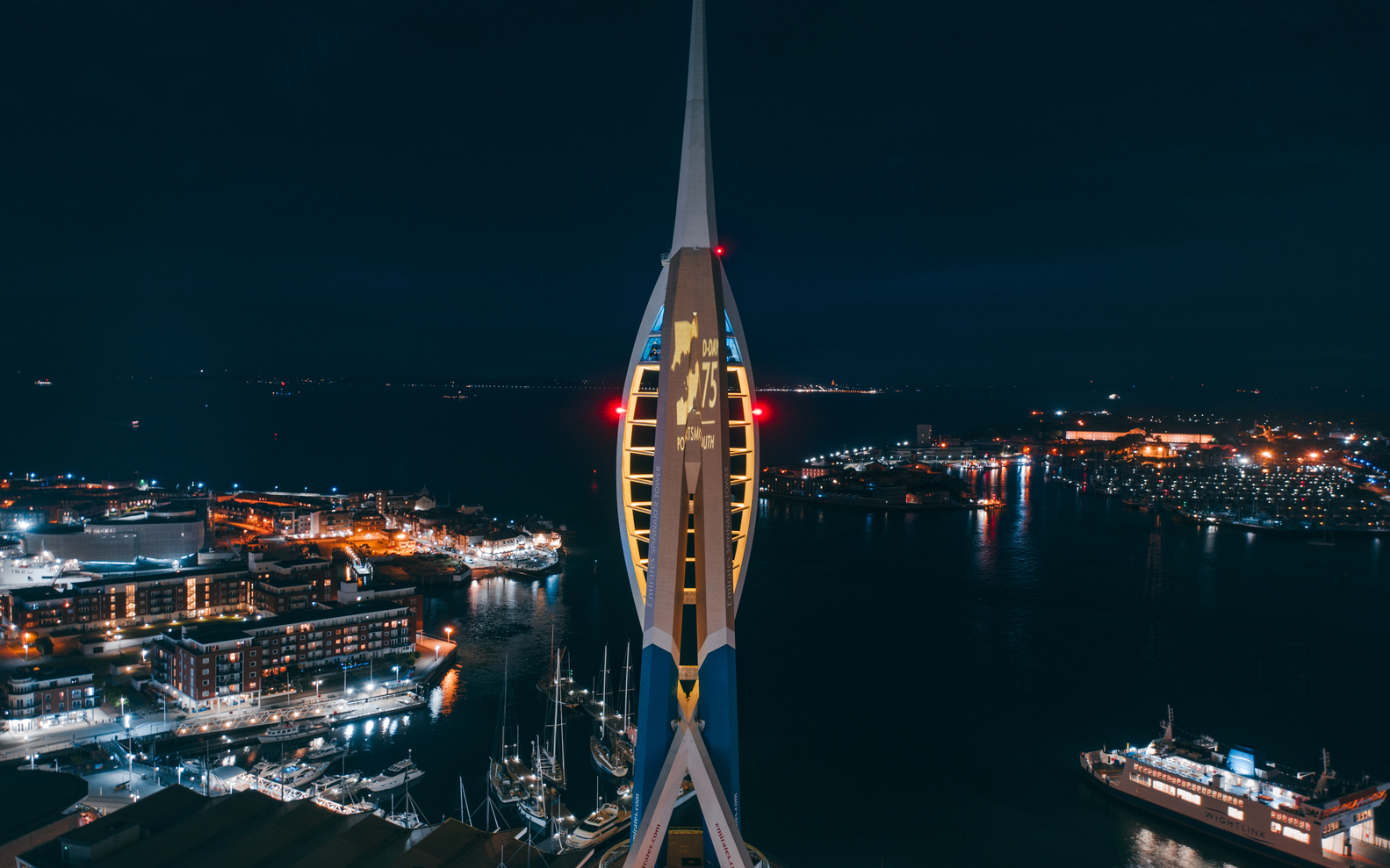 Tony Sammut, General Manager of Emirates Spinnaker Tower said:
“We are really proud to be an icon of the City and wanted to show our own respects as part of the D-Day 75 commemorations. It’s really exciting merging the old and the new; the history of Portsmouth as a Naval city and the future of Portsmouth as an exciting, vibrant city. Due to the shape of the building, we had never projected onto the Tower before and worked really hard to get the project off the ground in time for the commemorations. With a global focus on Portsmouth, it was the perfect opportunity to show our respects to those who fought for our freedom, 75 years ago.” 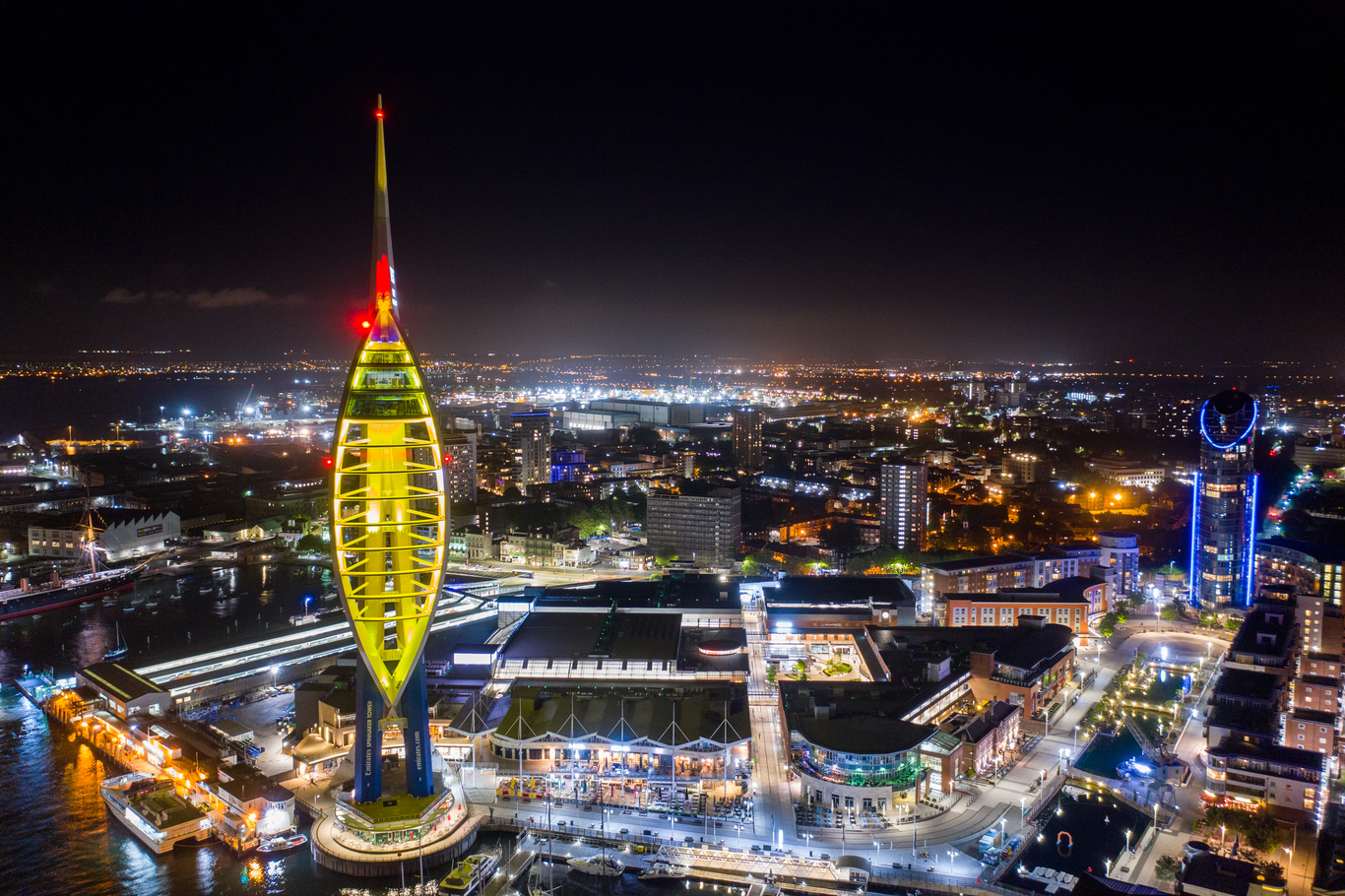 The Spinnaker Tower hope to incorporate more projections in the future and will continue to use feature lighting as a means of raising awareness for charities.