Getting to the Spinnaker Tower this Summer

Getting to Emirates Spinnaker Tower couldn’t be easier! Nestled in the ever popular Gunwharf Quays in the heart of Portsmouth Harbour, the transport links available are second to none. Next door is the home of the Hard Interchange Transport Hub, where you can get trains (Portsmouth Harbour), buses and coaches as well as the park and ride bus from the M275.

Visiting the Tower is the perfect start to any trip to Portsmouth; it’s the birds eye view of a city full of life. Within walking distance is the Historic Dockyard which is home to the Mary Rose and the Royal Navy as well as the action stations. A 10 minute walk in the opposite direction will take you to picturesque historic Old Portsmouth, and just along from there is Southsea, a place full of trendy independent bars and restaurants and of course the beach.

Emirates Spinnaker Tower is easily accessible by car, bus, coach, bike, train and boat – no matter where you’re coming from. 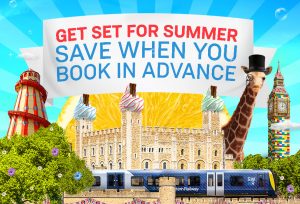 Travelling by train to Portsmouth couldn’t be simpler, and with the children you can make even more exciting from the off, by starting the adventure before you’ve even arrived. Oh and traveling by train also means you’ve made a greener choice; win win!

Gunwharf Quays is ideally located next to Portsmouth Harbour train station – which you can see from 100 metres above once you’re up the Tower!

The Hard Interchange is situated next to Gunwharf Quays and the Spinnaker Tower. Buses regularly arrive from both within the city and further afield. As well as this, National Express coaches have regular arrivals and departures for all over the country making it perfect for a day trip or a weekend away.

We don’t mean you have to charter your very own superyacht to get here, not when we’re next to the Isle of Wight and Gosport ferries!

Emirates Spinnaker Tower looks across the picturesque Portsmouth Harbour. Within walking distance there are boats to and from Gosport and the Isle of Wight, and a short car journey to the Portsmouth International Port means you can get to and from France in no time.

Guests travelling by car can either park in the Gunwharf Quays car park which is located underneath Gunwharf Quays with lift and escalator access, or those coming via the M275 can use the park and ride which has regular buses to The Hard Interchange (located next to Gunwharf Quays).

Portsmouth is full of exciting bike rides, with plenty of cycle lanes and plenty of places to park up with a bike. Gunwharf Quays is full of places to lock a bike, as is Southsea, and getting from A to B on two wheels is super quick and easy.

Tip: Take advantage of the cycle lane spanning across the whole of the seafront – you won’t regret it!

This summer, children can collect their own passport stamps in their very own Spinnaker Passport! Travel and Collect the View is running from 24th July – 3rd September and is part of your general admission. Book tickets for the Spinnaker Tower here and take a look at our joint ticketing with other attractions in Portsmouth.

South Western Railway are running fabulous deals all summer. Click here to find out how you can benefit.

Make your trip to Emirates Spinnaker Tower and Portsmouth one to remember this summer and take advantage of the amazing deals on offer. 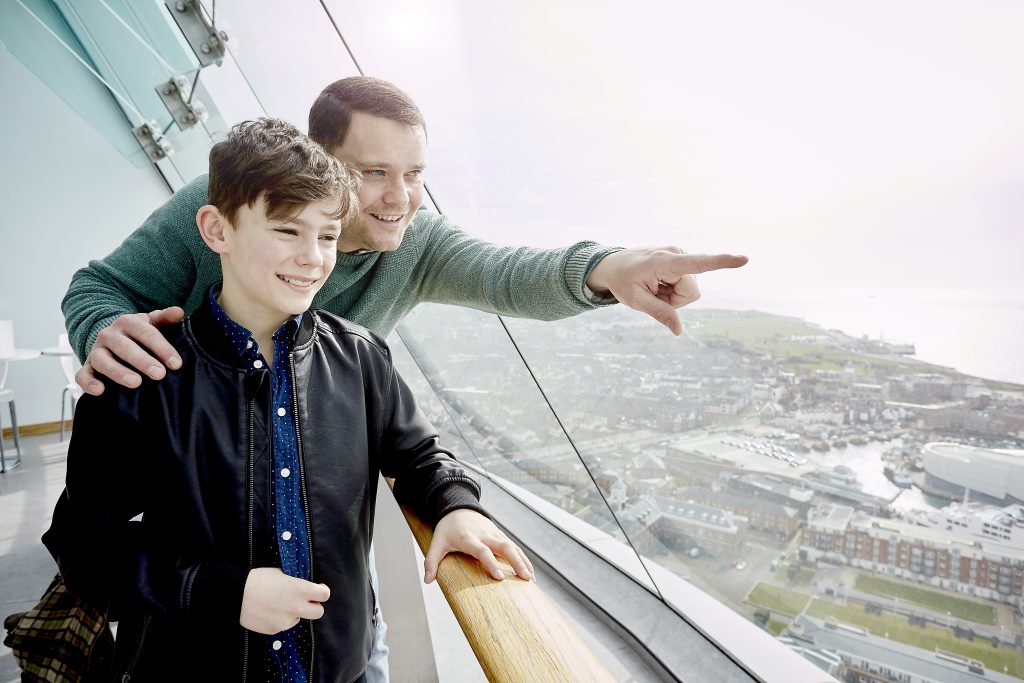